Skip to Main Content
It looks like you're using Internet Explorer 11 or older. This website works best with modern browsers such as the latest versions of Chrome, Firefox, Safari, and Edge. If you continue with this browser, you may see unexpected results.

This guide explains how to research Florida administrative law.

Pursuant to the Florida Administrative Procedure Act, an "agency" is each state department and each division within a department.  For example, on the chart below, the Department of Financial Services is an agency.  Although not shown on the chart, the are a dozen divisions within the Department of Financial Services, including the Consumer Services Division and the Workers' Compensation Division, and each of those divisions is also an agency.

State commissions that derive their powers from a statute are also considered agencies.  For example, on the chart below, the Administration Commission is one such agency.  Likewise, regional planning agencies, local school boards, and other entities specified in the Florida Statutes are considered agencies for purposes of the APA.

State officers, including but not limited to cabinet officers and the Lieutenant Governor, are also considered agencies for purposes of the APA.  Even the Governor is considered an agency when exercising non-Constitutional powers. 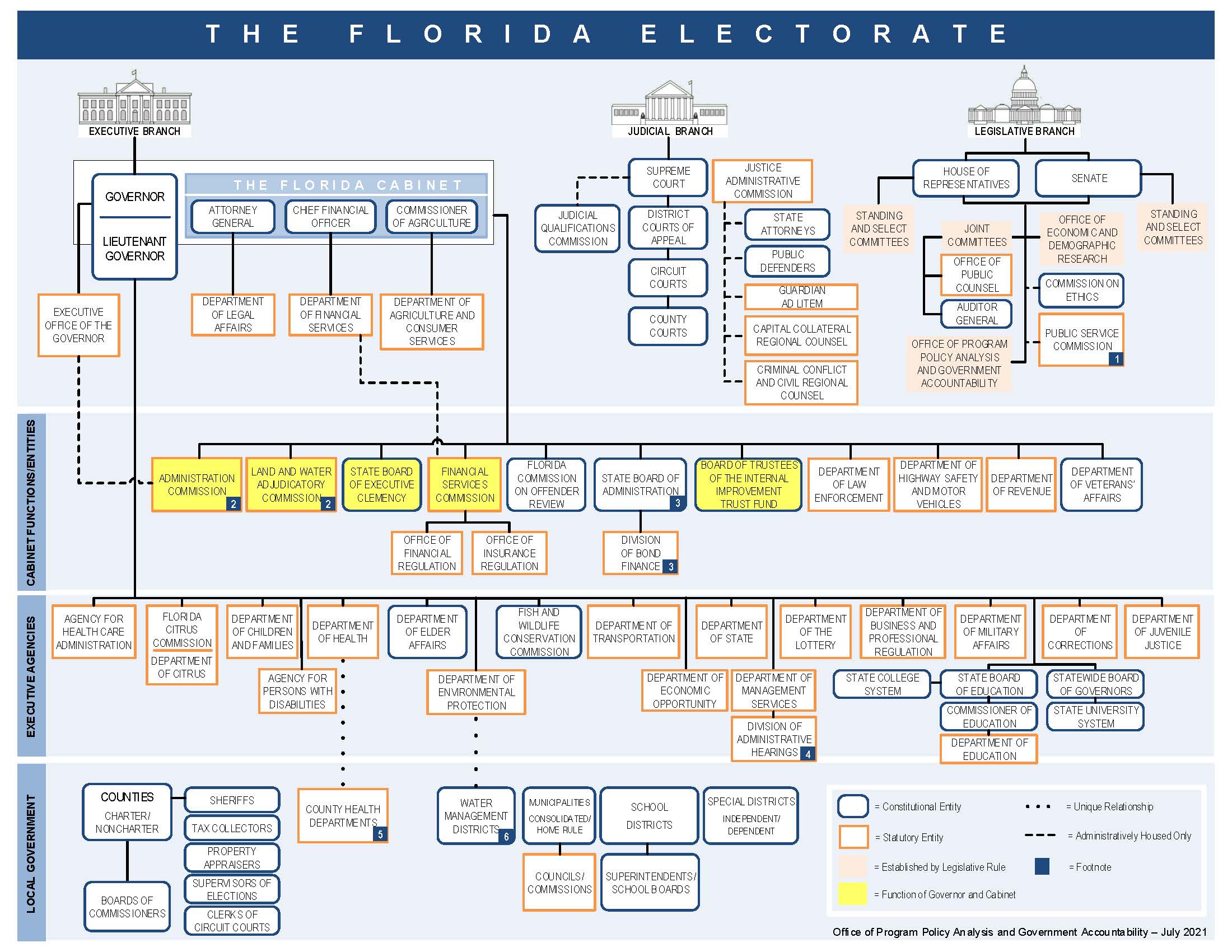 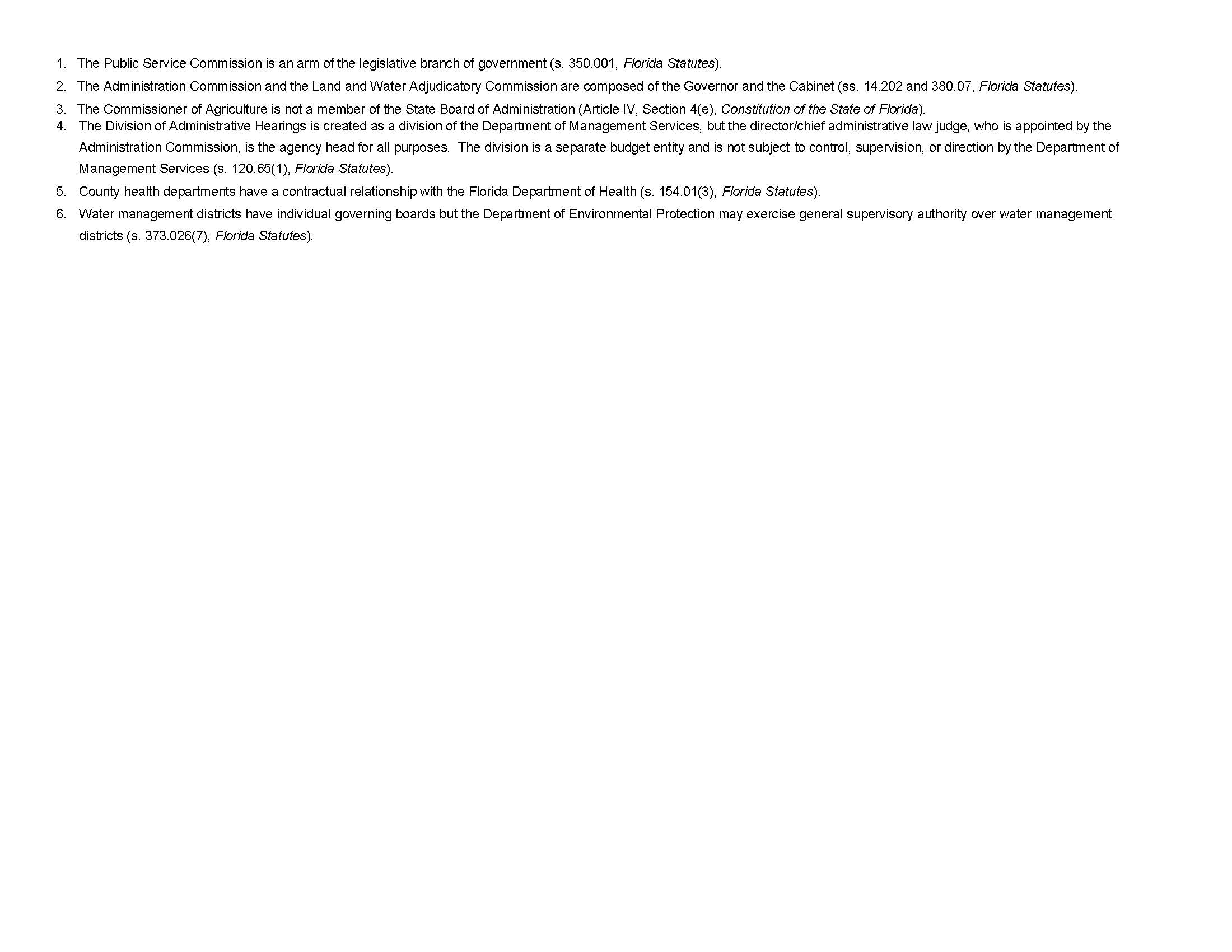